This is blog post #608 which means I hit the ticker of 600 blog posts here on Wine Predator in late June and by July 1 with this post about “real” or dry Lambrusco featuring an amazing dinner by Sue as well as yummy cocktails I hit 602! Anyone want a Lambrusco Negroni to celebrate ?

I could NOT do this without a strong team — thanks so much to Sue Hill who joined in the fun about five years ago, in 2012. She’s awesome in the kitchen and taking notes — plus she has a great palate. 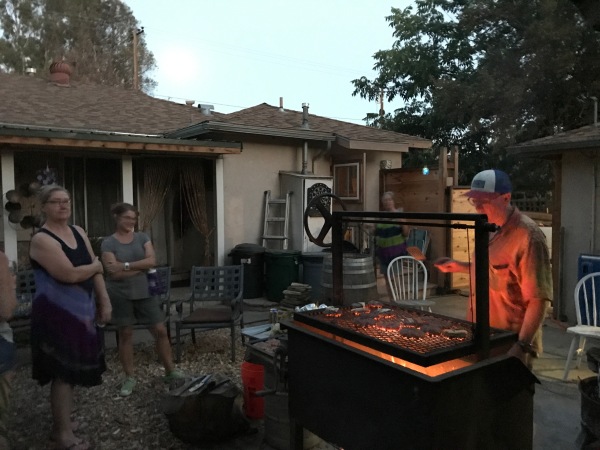 Marshall grilling burgers with Sue a blur in the background

And  a huge thank you to Marshall for all of his help in the kitchen and on the grill — he does almost all of the grilling and the meat as well as most of the dishes and I’ll tell you there are plenty used when we are staging photos!

So what went down in June and July of 2017 and what’s up for August?

#1 What to Pair with Copper River Salmon: Pinot Noir & other ideas

and then in second place? yes more salmon and wine! This one is from June 2017– 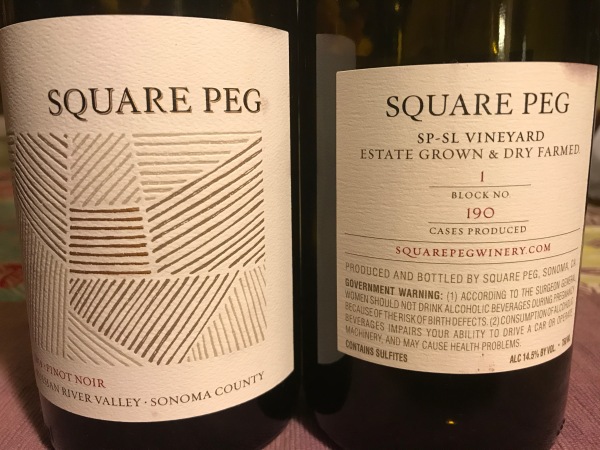 2 blocks of Pinot Noir from the same vineyard! 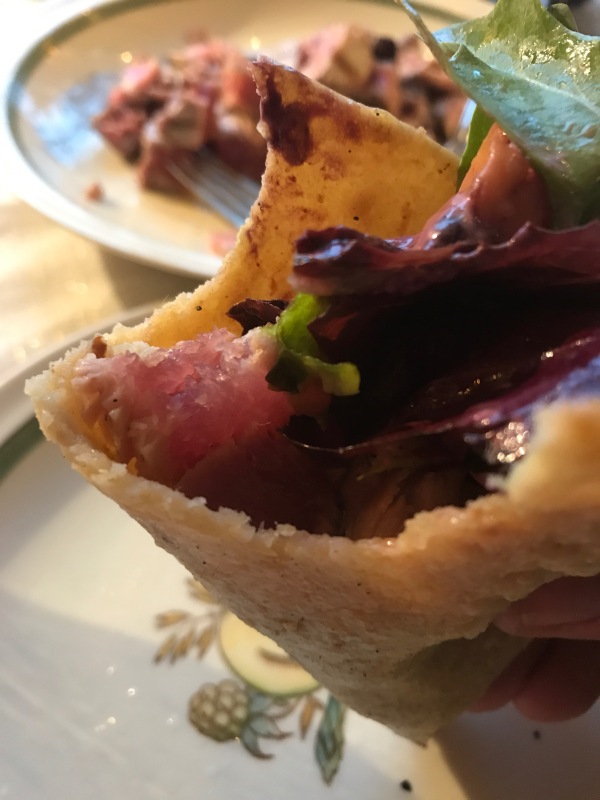 omg these tuna tacos were so tasty!

hmm do you see a trend? I should definitely keep writing about fish and wine!

In July, the two most popular posts were both published in July 2017:

Thanks to Fromagerie Sophie for help with the cheese selections and to Mayor Pattea of Old Edna for the brilliant setting!

#1 Finding and Pairing Wine, Cheese, and Spirits from SouthWest France for French #Winophiles 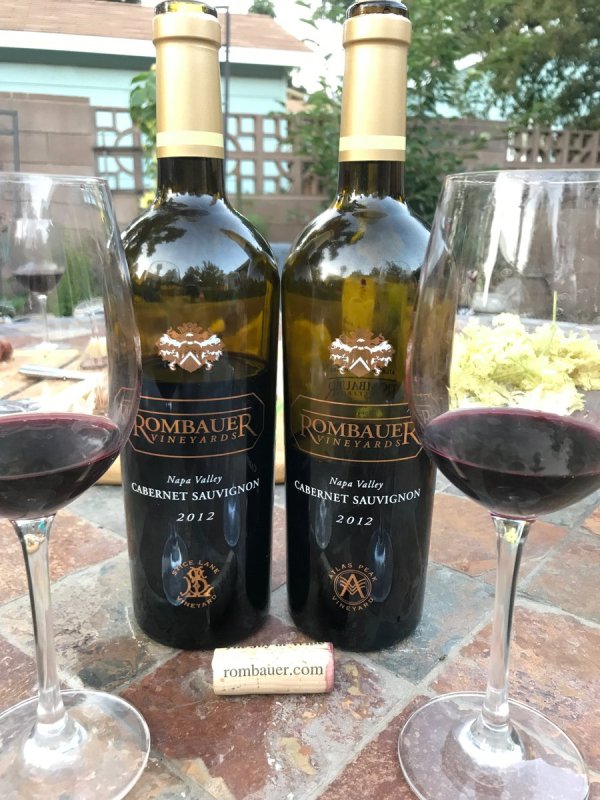 So fun to compare and contrast these two Cabernet Sauvs from two Napa vineyards!

Clearly shrimp tacos are not as popular as fish and wine because “Taco Tuesday: 3 Fresh White Viura Wines from Spain” came in tenth place… but dang if that wasn’t the best meal of the month! And it was only recently published so I bet it will pick up steam.

The post that was the most work to prepare for AND the most fun was the Summer of Love Tie-Dye Party and Zinfandel Tasting one that I published last night. Sheesh! It was a lot of work to write too–even with a lot of help! While it hasn’t had a chance to be up long enough to gather many page views, I bet it will be popular.

What else did we do in June and July? In June we did four twitter tastings with #WineStudio and we were supposed to do one with Bordeaux wine but it didn’t come in time so we still need to open those five bottles and taste them which we plan to do in August! I also went to a Champagne seminar at Wine House LA and Sue and I went to a Moscato seminar also. Unfortunately I was unable to attend the July wine events in LA I was invited to — a luncheon about Ruche wine and Stars of Pinot Noir (and August looks quiet on that front as well!)

I did a press trip to Lodi in June and I’ve blogged twice about that with more to come (Petiti sirah here and rose here). Then in July Sue and I spent four days tasting beer, wine, cheese, and spirits in the central coast with a memorable experience sampling beer and cocktails and staying in San Luis Obispo’s Lofts. More to come about that trip as well!

So those were some highlights from June and July — now what’s up for August or September?

In July we spent an afternoon getting a tour of the HUGE Herzog facility in Oxnard, then talked and tasted with winemaker Joe Hurliman. Look for posts in September before Rosh Hashanah and learn about what makes Kosher wine Kosher. We’re also sampling Bravdo’s Courage, a red blend from Israel. 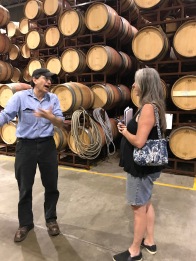 We like to take part in the various “wine days” and as you can tell from the list below, there are six in August that we intend to write about which will keep us busy! We also love doing these wine and food pairing posts and twitter chats that take place on the first three Saturdays of each month from 8-9am each with its own theme.

So with this post that makes 11 planned for August!

In addition, I will be on the prowl for the next week or so on a road and camping trip with my son and then later in the month we’ll be in the Bay Area where I am hoping to attend the Family Winemakers tasting on Sun. Aug. 20. We’ll see!

Well there’s a taste of what went down in June and July and what we’re opening in August and September! If you haven’t yet, please subscribe!

2 thoughts on “What Went Down in June and July: What We’ll Open in August”