I suspect that sherry is the most misunderstood and under-appreciated relationship to have in the wine world. I admit that it is not as easily accessible as some adult beverages. If most people know sherry at all it is for cooking or salads. But like the best relationships, its rich complexity rewards those willing to spend the time.

This month the World Wine Travel group of wine writers moves to southern Spain, Andalucia, which brought to mind the first line of one of my favorite Clash songs “Spanish songs in Andalucía.” The lyrics, like sherry, testify to layers of history, and how they interact with each other over time, connecting past and present, and with those who come in contact with it.

The rule of thumb for pairing sherry is:

And if it’s dessert, go with cream sherry which blends the three!

That would be for drinking along with your meal– and can be a good reference for cooking too. But you can also go with what you have on hand. And in our case, it was Fino from Tio Pepe, the most popular sherry sold in the world.

Sherry comes from Andalucia, the large southernmost region of Spain with coasts on the Mediterranean and the Atlantic and bordering Portugal. 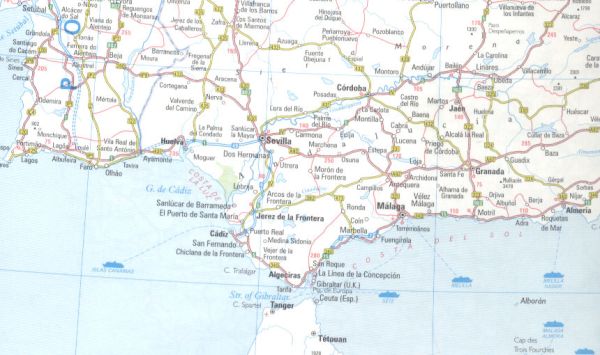 Africa, specifically Morocco, has influenced the cuisine of the region and providing it with a range of spices different than other parts of Spain. Morocco is only 8 miles away from Andalusia across the Strait of Gibraltar. 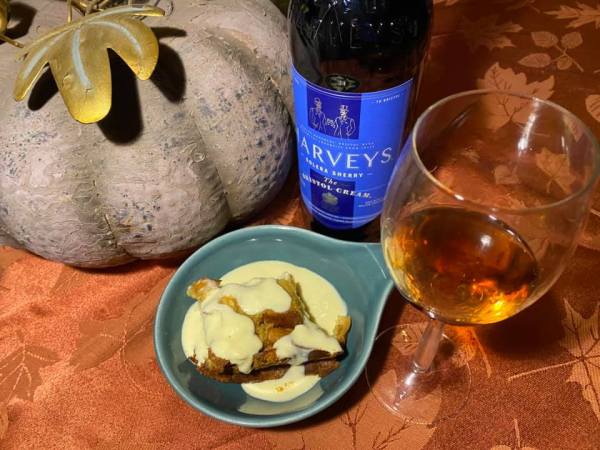 Read more about my quest for Sherry Part 1 here, and Part 2 here.

Learn how Sherry is made here.

Created in 1835 by Manuel Maria González, González Byass remains in family hands today, as one of Spain’s most well-known Sherry wine producers.now in the fifth and sixth generation. Founded in Jerez de la Frontera, Andalusia, the heart of Sherry country, González Byass also remains dedicated to the production of high-quality sherries including these two: 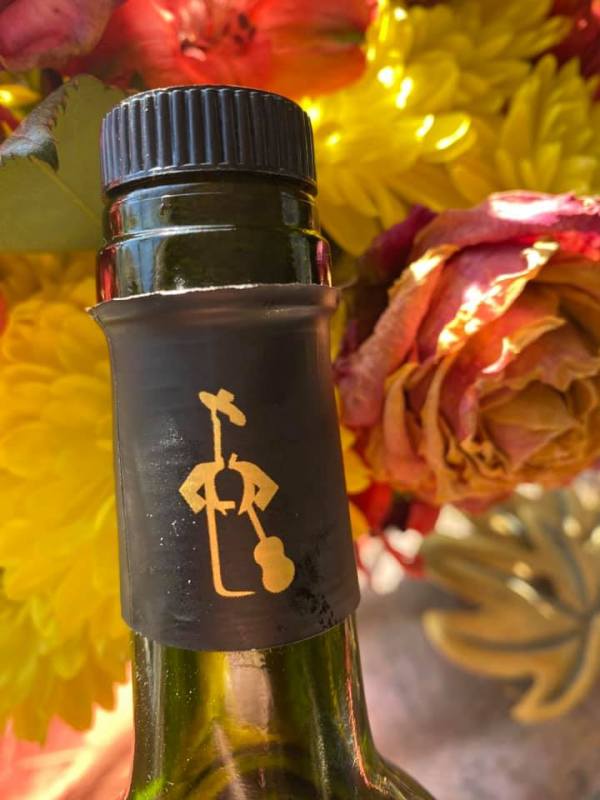 Tio Pepe and Garbanzo Bean Soup; scroll down for recipe

Unlike other sherries, this 100% palomino in the Fino should be enjoyed for a few days after opening to maintain its subtle and complex character.  While aged for four years under the flor, the unique layer of yeast produced naturally in Jerez, think about it like a white wine, keep it refrigerated, and enjoy it chilled with white fish or salads. Check the recipes on the Tio Pepe site for inspiration.

FUN FACT: Tio Pepe’s is the number one selling Fino sherry in the world.

Palate Camomile tea, fennel, nutty, toasted almond, there is a bitterness at the front of the palate with a very nice finish, sip so you have a lengthy finish. Nice complexity, dry yet smooth, nice palate cleanser, as your palate gets used to the flavor of the wine, it becomes even better, especially with food.

Pairing Pair with a light white fish in a lemon caper sherry sauce. Very nice with castrellvano olives and a bite of aged manchego cheese. Works nicely with salty Spanish chorizo, the fatty richness is cut nicely by the wine.

The wine needs the salty rich food. This is not the pairing for everyone, but we loved it. The richness of the soup with the rich dryness of the wine works well together. The wine cleanses the palate after the rich fattiness of the soup. The soup has a long lingering finish like the sherry does. This would be a great winter pairing. Both the food and the wine has a lovely richness that goes on and on. It would be great to come home to this dinner on a cold winter evening. We felt that the soup and the wine would work well, but we didn’t know how well they would work together. If you were to ever to do a coursed meal with sherry, this would be the perfect course with fino.

If you’re new to cream sherry, warning: it’s not like Baliey’s Irish cream; there’s no milk products involved. BUT there is a creaminess on the palate. Made from a blend of three types of sherry– rich Oloroso and Fino and Amontillado for florals and character– and a blend of two grapes 80% Palomino, 20% Pedro Ximenez.

FUN FACT: Harvey’s is the number one selling cream sherry in the world.

Enjoy cold! The label turns color! Drink it neat or on ice with a twist.

Aroma Herbal, caramel, menthol, this is not the wine to spend a lot of time sniffing, herbs, butter and sugar,

Pairing OMG this bread pudding is so flipping fantastic with this wine. The sherry cream sauce does not fight with the wine at all and is harmonizing. The cranberries soaked in the warm sherry was great. The only thing I wanted was a bit of toasted walnut over the top. Sue never licks her plate nor does she go back for seconds, but she wanted another helping of this dish.

To cook the beans with ham in the instant pot, combine:

These beans are delicious on their own; they can be sautéed with more ham and spinach or used to make humous.

Makes 3 quarts beans with broth covering, plus 1 quart broth with meat from bone.
May be refrigerated for several days or frozen.

To finish making the Chorizo Soup:

Yes I am drinking sherry in my profile pic!!

Join us in celebrating all things SHERRY during International Sherry Week, November 8 – 14, 2021.

For more Spanish songs in Andalusia, check out posts by my fellow World Wine Travel writers:

Check out the Sat. Oct. 23 8am Pacific twitter chat on these topics by searching for #WorldWineTravel:

8 thoughts on “Spanish Songs in Andalucía with Soup and Sherry: Oh My Corazón #WorldWineTravel”