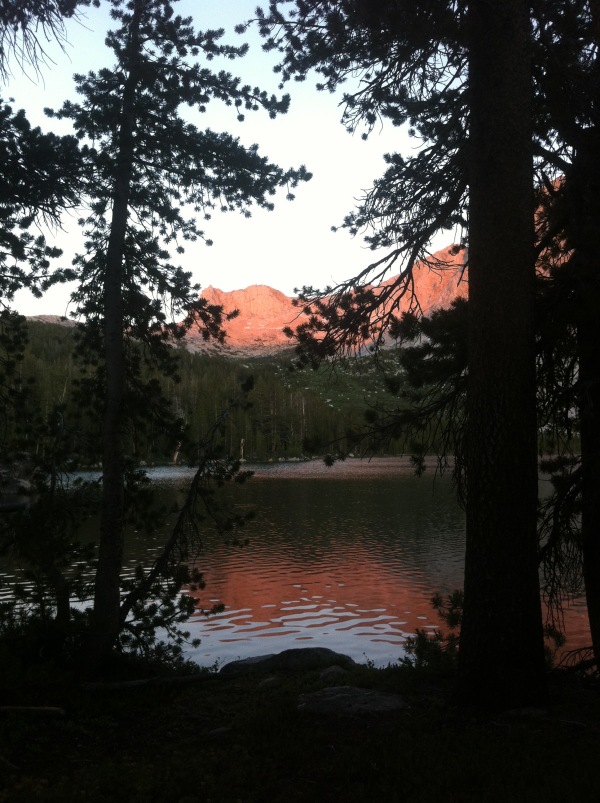 The National Park Service turns 100 on August 25, 2016  and Sequoia National Park, a national park in the southern Sierra Nevada that includes Mount Whitney, was established on September 25, 1890. 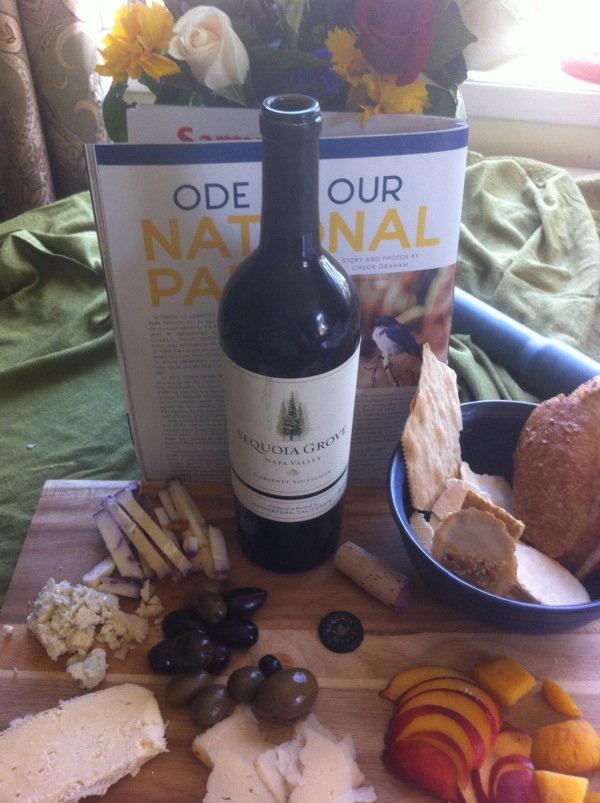 So to celebrate these momentous occasions, Que Syrah Sue and I opened a Sequoia Grove Cabernet Sauvignon.

Because when I think Sequoia, I think of the amazing trees we find in our national parks like Yosemite and Sequoia as well as the Sequoia Sempervirens, the ones at Redwood National Park in coastal California.

As someone who loves to travel and camp, I have been to most of the National Parks in the west as well as most of the State Parks, and I would hate to choose just one. Early in August I backpacked for a week near Tuolumne and was reminded again how spectacular Yosemite is — and that Yosemite has stunning Sequoia groves as well! 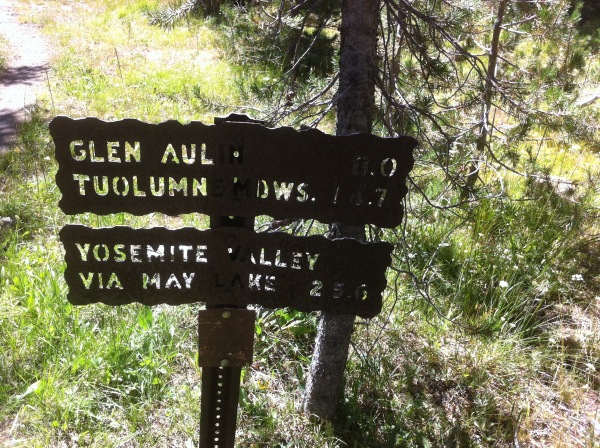 Sequoia National Park, while less well known than Yosemite, is amazing but as most of it more remote, it is harder to get to know on the ground although anyone who has driven up 395 in the eastern Sierra to Mammoth has enjoyed its sharp, distinct skyline! I was introduced to the park as a child with my family as it was a favorite place to go fishing. But I will never forget my introduction to the back country there: a 5 day 40 mile backpack trip there when I was 13, and then hiking through it on the Pacific Crest Trail when I was 23.

Sequoia’s over 400,000 acres includes vertical relief of 13,000′ including the highest point in the contiguous 48 United States, Mount Whitney (14,494 feet)– which meant on the PCT through there we did a lot of high passes followed by descents into the river gorges far below, and we climbed Whitney too on one day when we hiked up at 8am from 8,000′ Crab Tree Meadows, had lunch on top, then hiked back down the other side to 8,000 by 8pm (covering some 16 miles as I recall–with empty packs because we’d eaten or shared all of our food!)

According to the NPS, “The park is famous for its giant sequoia trees, including the General Sherman tree, the largest tree on Earth. The General Sherman tree grows in the Giant Forest, which contains five out of the ten largest trees in the world. The Giant Forest is connected by the Generals Highway to Kings Canyon National Park’s General Grant Grove, home to the General Grant tree among other giant Sequoia. The park’s giant sequoia forests are part of 202,430 acres (81,921 ha) of old-growth forests shared by Sequoia and Kings Canyon National Parks.[4] Indeed, the parks preserve a landscape that still resembles the southern Sierra Nevada before Euro-American settlement.[5]”

Within Napa, the Rutherford AVA is unique because what’s known as “Rutherford Dust.” Wines from this area to me often have an earthy, cocoa quality to them.

Like many red wines, this wine is best enjoyed at cellar temperature –not summer house temperature! Don’t let this wine get above 70 degrees for optimal enjoyment.

There are many special occasions where this wine would enhance the experience as it is very easy and enjoyable to drink. This Cabernet could lay down for a while but it’s very accessible now with nice cherry fruit, good structure, and very balanced. Great if you were going to a picnic or BBQ, cabin in the park, or a family reunion or gathering of friends. There’s a quality to this a wine that lends itself to conversation and reflection and what better time and place than with friends in nature?

In color, it’s very rich and dark, like rubies or the heart of a ripe plum.

At first we got plenty of fruit on the nose but as it opens up we found more spicy, vanilla, cigar box, leather, hay and grass of a clean barn.

On the palette, we taste the fruit of plums and cherries at the front of the mouth and it mellows and lingers on the finish. The textured mouthfeel is supple, earthbound, and grounded with stone or river rock on the finish. Nicely and lightly oaked (40% new American for 20 months), the wine is not hugely tannic; the fruit shows well in balance.

While primarily Cabernet Sauvignon, the wine benefits from being a blend:

This wine would be nice for a family prime rib dinner; rosemary spice rub works really well with this wine. For an appetizer, try St Andre triple cream brie cheese on  a rosemary cracker and sip a bit of the cab and you have a wonderful explosion of flavors that work together. It pairs well with blue cheese showing that this Cabernet does not need a big bold meat to be enjoyed (although I did indeed do that!). It would go well with the earthiness of mushrooms and would be beautiful next to a portobello mushroom ravioli with a cream sage sauce.

We really enjoyed this wine and savored it. I was curious how it would develop and saved the last glass; two weeks later it was still going strong and delicious with this gourmet burger with gorgonzola cheese.

According to their website, “Sequoia Grove is a family-owned winery founded in 1979 in a 110-year old barn beneath a grove of Sequoia trees in Rutherford, Napa Valley. It is here where we’ve honed our craft of creating world-class Cabernet Sauvignon and other Napa Valley wines that emphasize elegance, finesse, structure and balance. Our consistent philosophy of making wines with varietal character that are reflective of the land helped establish Sequoia Grove as one of the premier Cabernet Sauvignon producers in Napa Valley. Our 24-acre Estate Vineyard and 50-acre Tonella Ranch Vineyard are both located in the heart of Rutherford, where the superb climate and gravelly-loam soils impart distinct flavor in the Bordeaux varieties.”

Winemaker Molly Hill says that “Balance to me means nothing stands out—not alcohol, not tannin, not acid, nor fruit nor barrel.” She certainly accomplishes this goal in her 2013 Cabernet Sauvignon.

Sequoia Grove Vineyards
8338 Saint Helena Highway, Rutherford
707.944.2945
This wine was provided as a sample for my review consideration.

And we have a few more incredible Cabernet Sauvignon to highlight before Sept 1 Cabernet Day! And please stay tuned via twitter for what we are tasting and toasting the day with! (Here’s 2 hints: Flora Springs Winery and Rombauer!)

Happy Cabernet Franc Day! If you only know it as a blending grape it’s time to discover this elegant herbal red wine that’s made around the world. We have 4 from very different regions: Napa Charles Krug Winery, North Carolina Jones von Drehle Vineyards & Winery, South Africa Mulderbosch Vineyards, and South America Domaine Bousquet’s organic Gaia.
HO ho ho! Merry Christmas!
Italian wine and cheese please! In this case biodynamic wine and cheese from Azienda Agricola Foradori located in the Dolomites of northern Italy. While I brought back from Italy the special aged Tyrollean cheese made by Elisabetta Foradori, the wines are imported by Louis Dresner and available nationwide including in LA at Winehouse.
Good times last night in Hollywood for The Empire Strips Back! Great party atmosphere before and during the show which is such fun for Fans of Star Wars and/or Burlesque! Lots of inside jokes sure but excellent dancing and the patter by Eric keeps the show moving right along.
The end of a fun long weekend at Mammoth— we remembered to take a group photo!
Fun times in Mammoth on the slopes with this crew!