UPDATE 9/9/22: I made the shortlist! To determine the Reader’s Prize, you can vote for up to three entries from now  until Wednesday, September 21 9am UK time. It’s easy: you can can find the link to vote and the shortlist here.

The young foster dog “Lupine” was restless. I’d just finished a 90 minute conversation with Ventura County fifth generation farmer Phil McGrath, a statewide leader in regenerative farming, or as he likes to think of it, successional farming, meaning farming in a way that considers successive generations. So begins my submission to the Jancis Robinson Wine Writing Contest 2022 edition which you can read here. It includes a far reaching range of regenerative stories including Burning Man artist Valerie Mallory, Champagne’s Vincent Charlot, Italy’s Antonella Manuli, and Oregon’s Troon.

Last year I wrote one of 136 essays on the subject of old vines entered in Jancis Robinson’s annual wine writing competition. About half were selected for publication, and  I made the cut in 2021 when my article about old vines was selected to be published at Jancis Robinson. That article “Meet Magdalena” features the organic Zinstar vineyard at Lucas in Lodi.

This year’s competition is inspired by the Regenerative Viticulture Foundation, and we were tasked with writing “An account of regeneration in the wine world, whether of a vineyard, a soil, a winery, a person, a family, a community, a business – anything in the world of wine involving genuine renewal.”

“From Doctor Who to some of the world’s finest vineyards, the word ‘regeneration’ is gaining currency,” they say in the prompt. “Modern agriculture (and too many instances of viticulture) has debased the quality of our soils to such an extent that some say we have only 60 harvests left before our soils are entirely depleted. And yet the message of hope is that if we can rebuild our soil carbon, microbial life and structure back to pre-industrial levels, we can not just slow the rate of climate change, but actually reverse it.”

Looking for accounts of renewal and the return of life in any aspect of the world of wine, they asked for articles to “be a good read rather than an academic treatise, and human colour and social context are just as important in telling the story as percentages of soil organic matter.”

This year the competition had 64 entries from 19 countries –much fewer submissions this year than last, due to the more challenging subject matter they suspect, however, “The number of submissions we have received on the topic of regenerative viticulture, as well as the enthusiasm and dedication of their authors regarding the subject, makes us very hopeful for its future…This year’s theme encompasses not just regenerative viticultural practices specifically but any aspect of regeneration or renewal related to the wine world, and the entrants to this year’s competition have responded to this with remarkable creativity. Regeneration in its broader sense feels particularly relevant as we begin to emerge from a multi-year pandemic that has had a profound impact on the wine world.”

Selected articles are being published on the site this month and into September, and you can read the other published submissions here as well as learn more about the contest. They plan to publish a shortlist September 7 which invites readers to vote with winners announced later in September. One winner will be selected by Team Jancis Robinson and the other by YOU!

And what do we win if we do become a finalist or a winner by People’s Choice of Team JR?

They write that “the principal prize(s) will involve planting trees, thereby offsetting wine’s carbon emissions. We hope to allow a winner to choose where their tree or trees are planted, possibly on a specified wine estate, thereby making a contribution to biodiversity. We also intend to offer the overall winner, and possibly their subject, the chance to feature in a podcast, under the auspices of JancisRobinson.com and/or the Regenerative Viticulture Foundation, details to be worked out later.”

Runners-up win copies of books like Nicole Masters’ For The Love of Soil  and Cal Flynn’s Islands of Abandonment. 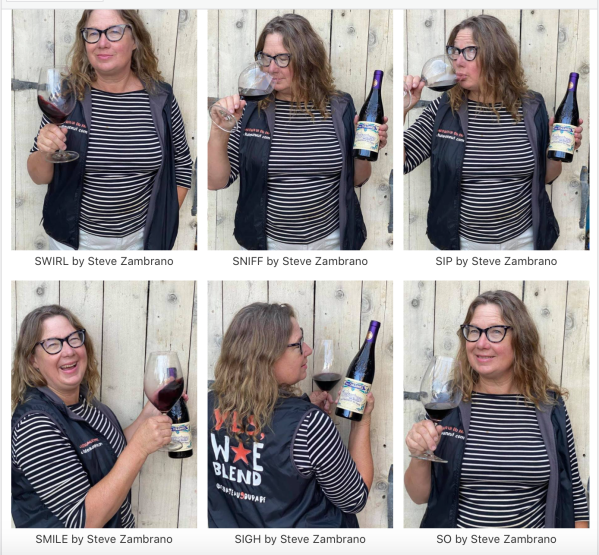