When most Americans think Malbec, they think Argentina. In part, that’s because Argentinean Malbec is affordable and available here in the US, plus it’s full of juicy blue fruit that can be enjoyed alone or with food.

But in France, the name for Malbec is Cahors. And it’s time for Americans to discover Malbec from its ancestral home– France. Today we recommend an organic one that is sans sulfites from Château du Cèdre.

Since 1971 when Cahors became an AOC, the dominant grape in a wine from the region is Malbec (also known as “Côt”, “Côt Noir” or “Auxerrois”), with at least 70%. The remainder is generally Merlot which softens the wine and Tannat which  sharpens it.

As I had been following Elaine Chukan Brown’s journey to Cahors in September, she inspired me to find a way to get to Cahors on our recent trip to France to compete on the US Wine Tasting Team in the World Wine Tasting Championship.

But while we didn’t get further south than the Loire, we did bring a sample bottle of organic Malbec from Cahors with us from the US which we used in a practice blind tasting and then we paired the wine with French charcuterie from the Epicurie Marine Market in Reims. In the meantime, here’s a few highlights from her report — in pictures — that are worth checking out. 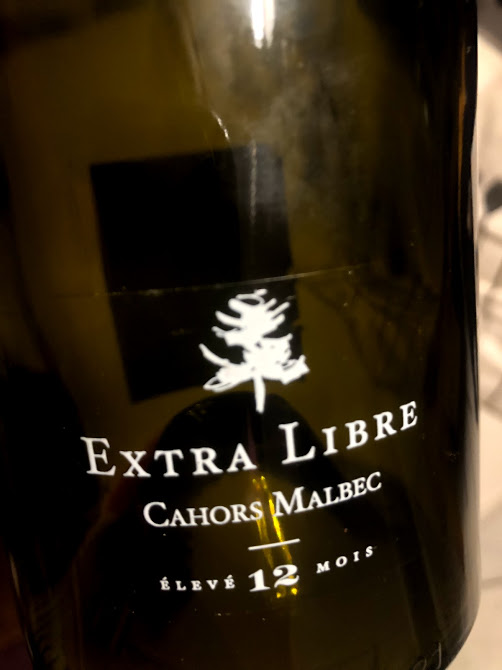 An important part of the philosophy of the brothers Pascal and Jean-Marc Verhaeghe who own and run Château du Cèdre  is:

“Nothing is lost, nothing is created, everything is transformed” from On Nature by Anaxagore de Clazomenes

According to the brothers,

“There is an unearthly dimension with vines, you always get more in return than you gave.”

The family has been on the estate for three generations– grandfather Leon came from Flanders, and in 1958  their father Charles and mother Marie-Thérèse started a farm where they added one hectare of vineyards in three different plots every year. Their sons eventually studied viticulture and today Marc cares the vineyards while Pascal handles the wines and their distribution.

Following a devastating hailstorm in in 1995, the brothers took a different approach to vineyard management, choosing to build the terroir and get closer to nature.

“Our quest is for balance: Ecological balance in the vineyards and preservation of the entire grape quality during wine making,” say the brothers on their website. “A fragile balance; as every step to transform the grapes is a loss and every action to countervail this loss the beginning of another transformation, we are therefore constantly trying to approach perfection, without ever achieving it.”

By moving to more harmonious practices with the land including going organic, “the vines gained balance, giving more taste and quality to the grapes. The style of Château du Cèdre was born.”

The tech sheet says that the “vines of Château du Cèdre root in two different types of soil: the first terroir, composed of stony clay and limestone, produces straightforward wines with fine tannins, whereas more powerful and dense wines derive from soils composed of clay, sand and rich in pebbles.” The wine is barrel aged for 12 months in barrels that have ben sued only two times previously.

Palate: Nicely balanced, bright acidity, blue fruit. The minty characteristics that are present on the nose come through on the palate. Super fresh and clean.

Pairing: Meat, pepper and fat are the most present to a complimentary pairing would be, pepper crusted filet mignon. We had a thinly sliced filet mignon crusted with paprika on our charcuterie plate and it was fabulous, so why not crust your filet mignon with paprika, or even a smoked paprika? Serve it with some garlic mashed potatoes and a bit of au jus. Great with cured salami. We had a mixed meat turrine that was so fantastic with the wine. The chunky bits of meats with the spices was over the top. It loves chunks of meat, spices, and fat. Sue thought of curry would be wonderful with this wine as the spices and the fruit would marry well. 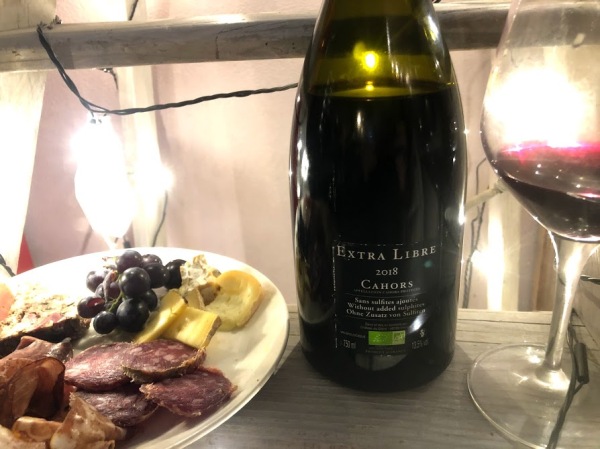 ALL TIMES IN PST

7:55 AM
Welcome to our French #Winophiles #Cahors chat everyone! Let’s explore this beautiful region.

8:00 AM
Q1. Welcome to the French #Winophiles #Cahors chat. Introduce yourself and tell us where you’re Tweeting from and share a link to your blog. Visitors welcome too!

8:05 AM
Q2. The #Winophiles last explored #Cahors last Sept. Are you a Cahors veteran or is this your first time?

8:10 AM
Q3. Did you turn up any new discoveries about #Cahors while you were digging into it for this month’s #Winophiles event? Share any cool tidbits you found.

8:15 AM
Q4. Which wines from #Cahors did you sample? Pick one or many to tell us about. #Winophiles

8:20 AM
Q5. #Cahors is the birthplace of #Malbec. How did your wine compare in style to other Malbecs you’ve tried, in particular those from Argentina? #Winophiles

8:25 AM
Q6. Did you pair food with your #Cahors wine? Was the food typical of southwestern France of something else? #Winophiles

8:30 AM
Q7. How did your #Cahors wine and food pairing turn out? Are there other food pairings you’d like to try with a wine from #Cahors? #Winophiles

8:35 AM
Q8. Any dos and don’ts for pairing #Cahors wines food? #Winophiles

8:40 AM
Q9. Many #Winophiles received samples from @vindecahors via @Vinconnexion. (Thank you!) How hard is it typically to find wines from this region in your area?

8:45 AM
Q10. Have you been to #Cahors? Share your experiences and/or your dreams of travel. Would you visit for the wine or other things? #Winophiles

8:50 AM
Q11. Do you have any final thoughts or questions for the #Winophiles?

8:55 AM
Thanks for joining #Winophiles in exploring Cahors! Thanks as well to our sponsors @vindecahors and @Vinconnexion and to @jillbarth for helping to arrange them. Next month we’ll be exploring Rasteau with @fiery01red in time for Thanksgiving.