When I got the pitch to sample these three wines from the Oregron Trail Wine Company and the Pacific Crest Wine Company, I had to say yes!

Because not only do I LOVE hiking and camping, I’m a backpacker.

In fact, I’m one of the first 20 women to complete 2600 mile long Pacific Crest Trail from Mexico to Canada!

Yep that’s the trail made famous by Cheryl Strayed’s bestseller, Wild, and by the subsequent film about the book starring Reese Witherspoon, who was nominated for an Academy Award for her portrayal of Strayed. Read a review here.

I hiked it way back when, 10 years before Strayed did. Back then, it was rare to see anyone on the trail, much less women! And trail angels were few and far between…

And as the Pacific Crest Wine Company points out,  as the Pacific Crest Trail spans over 2,600 miles, trekking up the entirety of the United States west coast, it criss-crosses some of the country’s best wine growing regions including high above the Columbia Valley in eastern Washington.

Whether you’re getting Wild on or off the trail, we’ve got some wines for you! Whether you’re hitting the trails, the beach, or the backyard pool, consider taking one of these affordable wines along from Pacific Crest Wine Company or Oregon Trail Wine Company. 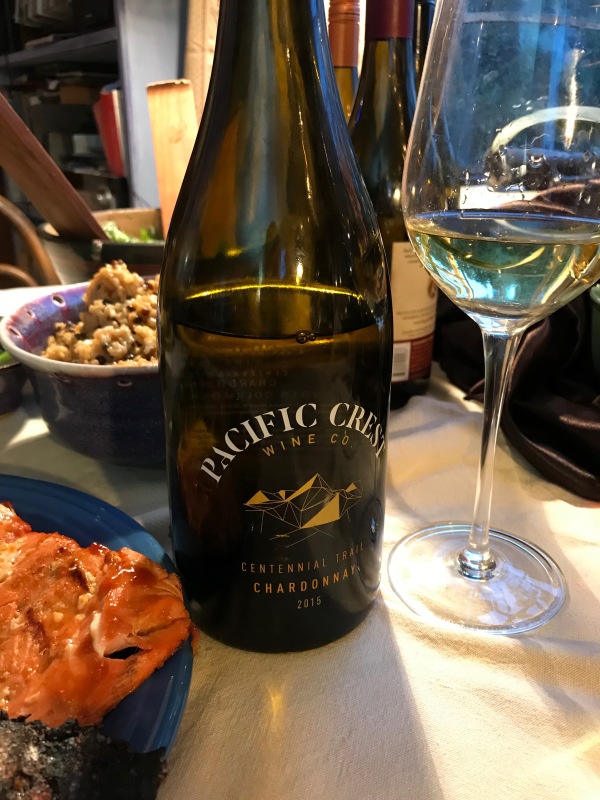 Palate: Pineapple, fair amount of acidity, mouthfeel is nice, a creaminess as it rolls across the tongue

Pairing:  It did not go with our triple cream goat milk brie, but nice with our aged sheep milk cheese and a crab, bacon, cheddar dip. Only all right with the mushroom brie.

…really shined with smoked salmon, loved the salty rich flavors of the salmon… 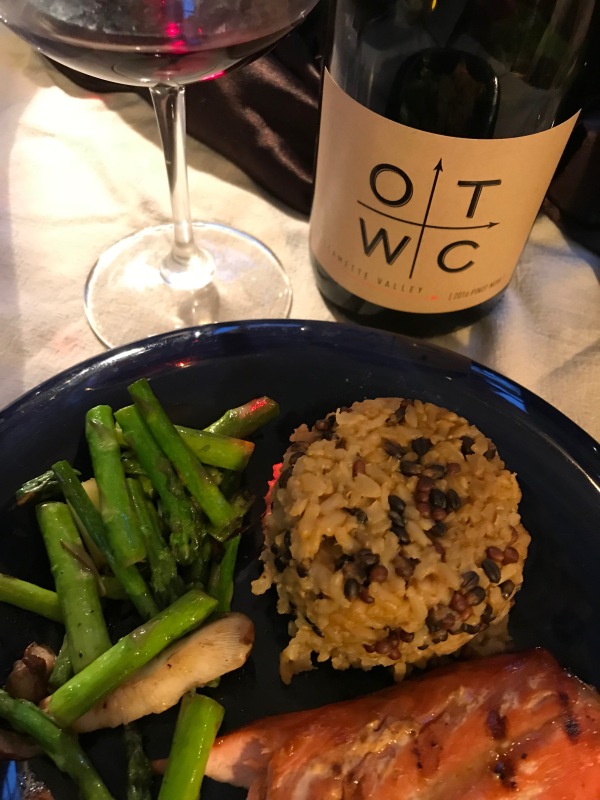 Palate: Tangy tart, light in body, not a lot of fruit, or earth, the acidity stands out in this wine. Grenache like. It is clean, even. there is not a long lingering finish. It drops off fairly quickly.

Pairing: Much more pleasurable with food — went well with our mushroom brie,  great with the crab, bacon, cheddar dip. Fantastic with our smoked salmon. Not as great with the lox. Great with the pate, but as we have learned over the years, Pinot and Pate is one of our favorite pairings. Such a lovely lingering pleasurable finish. It just makes ya happy. Really, really nice with the teriyaki salmon. It also likes the arugula salad– it tames the spiciness and brings out the fruit.

Our conclusion is that don’t buy this wine to drink on its own, it is not a cocktail wine; on its own it is too meek and mild. However with the right meal, this wine can make the food shine. At this price point you could do this dinner year round and enjoy it and it won’t break the bank.

Nose: Cherry, dirt, rich loam, forest soil, cinnamon. At first Sue thought she got a bit of cilantro as well, then thought later it might just be a hint of bell pepper.

Palate: For Sue, bell pepper was noticeable on first sip. Nice earth like you’re on the trail and in the forest with damp earth and loam. Your mouth is dry due to hours of hiking, so you pick up a rock and suck on it. Cherry finish. This was our favorite of the three right away. We would definitely keep an eye out for this one!

Pairing: Blueberry cobbler cheddar was fantastic with this wine. It was also nice with aged sheep milk cheese. We thought that creamy castillo blue would go so well, but it was not the perfect pair, maybe if the blue was on a burger the wine may be able to tackle it, but the blue over powered this wine that is on the softer side of a Cabernet. Sue’s favorite pairing with this wine was the stuffed portobellos, the rosemary and the marcona almonds brings a richness to this wine that is not prevalent on its own.

Favorite pairing of the evening was stuffed portobello mushrooms and this wine.

And what trail am I on now? You may have noticed that I’ve been somewhat absent from this blog only posting weekly instead of bi-weekly!

Well, on Friday July 20, my son and I flew to Europe so I’ve been busy planning, packing, and traveling. We’ve been on the trail in England visiting Stonehenge, several cathedrals and castles, plus other sites in London and Chester as well as Wales. While we have planned on walking the Camino de Santiago as I mentioned in several posts about Navarra and Rioja, getting there proved to be prohibitively expensive so instead we are backpacking the coast of the Welsh island of Anglesey where my great-grandfather came from!  Stay tuned to hear more about our trip!