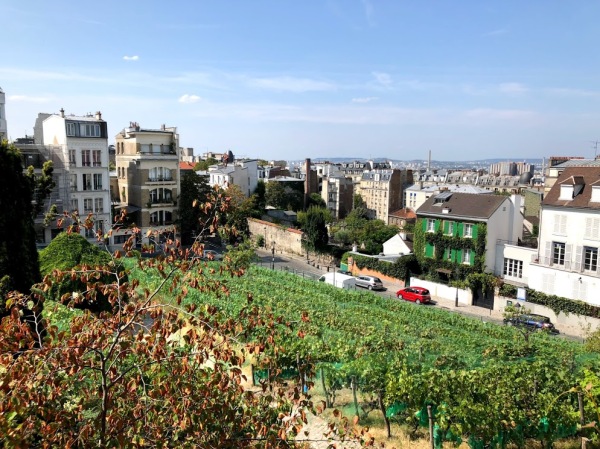 Did you know that in the heart of Paris there’s a vineyard?

And by the heart of Paris, I mean on the hill that is home to the Sacré-Cœur, the Basilica of the Sacred Heart of Paris. Dedicated to the Sacred Heart of Jesus, it stands at the summit of the butte Montmartre, the highest point in the city — and the vineyard is on the other side of the hill! Using a design by Paul Abadie,  construction began in 1875, finished in 1914, and the basilica was consecrated after the end of World War I in 1919. It’s belfry has the largest bell in France and the fifth largest in Europe. It’s really beautiful day or night and it was a highlight of our visit summer 2018 in part because a service was going on the night we visited. 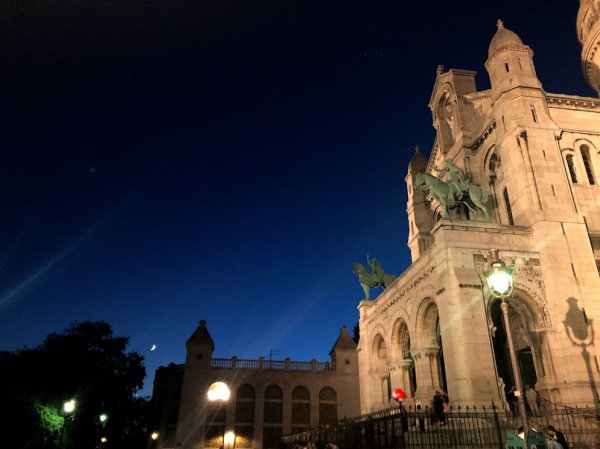 Not only is the vineyard located on the highest point in the city BUT it is accessible from the garden of the Renoir Museum! 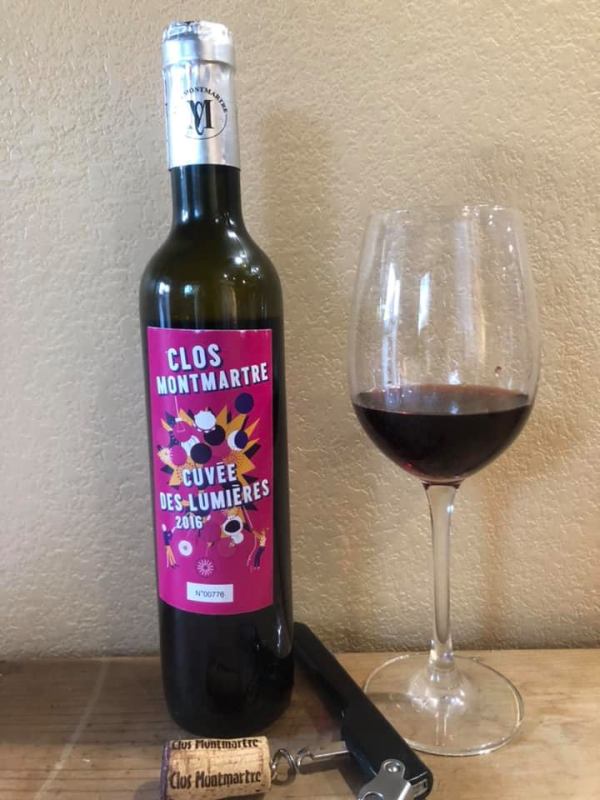 I mean, you can’t get much closer to the heart of Paris than that if you ask me.

So what’s a vineyard doing there? 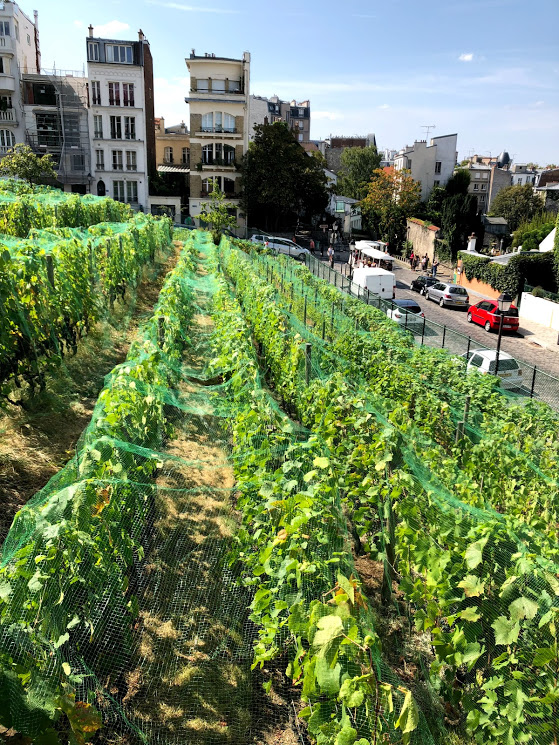 Basically there’s always been vines growing that hill — until human settlement displayed them. In 1933, vines were brought back, here and in a few other places.

an occasion to celebrate… 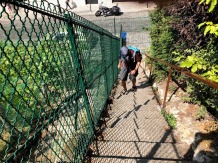 and celebrate they do!

There’s a free multiday festival convening there in that area during the second week of October from October 9 to 13, 2019.

As the third most popular event in Paris (after the Nuit Blanche and Paris-Plages), over 500,000 visitors are expected again in the streets of Montmartre to enjoy exhibitions, concerts, parades, artisan and local products tastings and various animations. 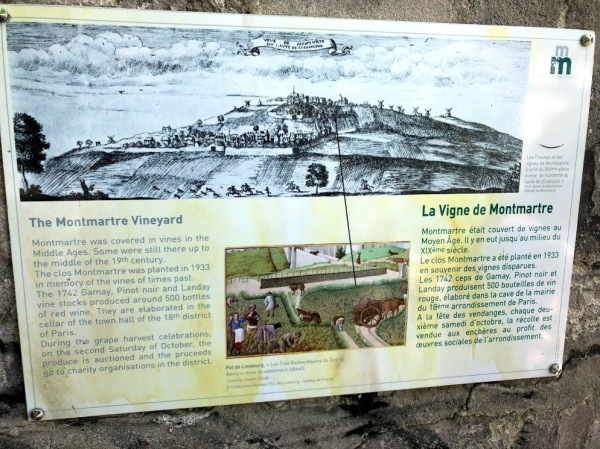 As regular readers know, Sue and I are headed to Paris in October as two of the four members of the US Wine Tasting Team.

We will be competing the second Saturday in Loire and will be arriving in France on the first Thursday. I’ve suggested to Sue that we stay near here so we can go check out the vineyard. So cool!

What else will be doing in France? Unfortunately we will miss the fabulous festival because we will be in the Loire for the contest. UPDATE 9/29: We will be in Paris on Sun. Oct 13 and can check out the end of the festival!

But what are we doing and where are we staying for five nights in the middle?

We’re still trying to figure that out! There’s so many wineries we’d love to visit — the challenge is figuring out how to get there and where to stay… on our budget!

If you have any suggestions, please let us know! 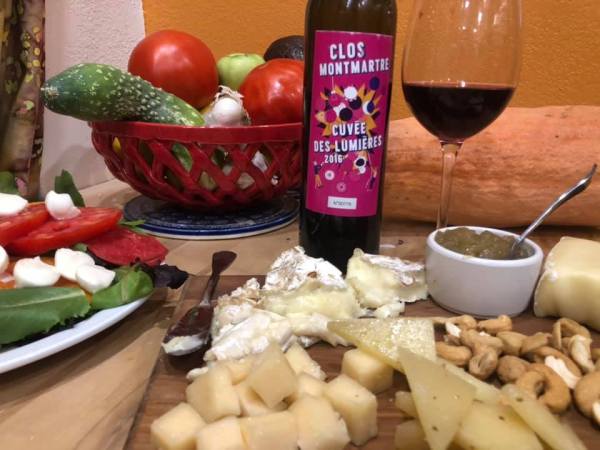 A blend of a HUGE number of grapes because the vineyard has so many different types of grapes amongst the 1600 vines.

Nose: When first poured into the glass it is like a dirty sock, but that blows off quickly. Some of the funk stays behind turning into a sulphuric hot springs smell. Once you get through the funk, there is blueberry and plum, even a blueberry ice cream and black pepper.

Palate:  The palate is surprisingly light in body. There are tannins present, but it is not particularly tannic, salinity is present. Almost like a green curry, there is a brightness on the palate that is present; lime or kefir.

Pairing: Morbay brings out a sweetness in the wine, The funk in the wine is completely neutralized when paired with a funky cheese.