My husband is Irish on both his mom and his dad’s side. His last name Sheridan is actually anglicized version of the Irish surname O’Sirideáin (or Ó Sirideáin), which originated in Co Longford, Ireland, which translates simply to grandson or descendant of Sheridan. Some sources say it means seeker or searcher. His mom collected Belleck, the famous shamrock decorated china, and their wedding ring, now mine, was the claddagh.

Not only is his Irish heritage important to my husband and his family, but so is cooking: his dad worked as a cook in the Navy from the time he was 17 — he lied about his age to find work during the Great Depression– to the time he retired 20 years later.I’m grateful that my husband grew up watching his dad cook and that he’s awesome in the kitchen; my dad (who recently died) was a great cook also. My son has grown up seeing the men in his life cook and cook well. It’s an important heritage, one that I’m sure he will carry on.

And one of the meals we cook, that I’m sure my son will cook, is CORNED BEEF AND CABBAGE.

Instead, it’a an Irish American version of an Irish dish made with bacon. It’s also similar to the traditional New England “boiled” dinner. For the Irish, corned beef– actually any beef at all– was a luxury in Ireland. Yet corned beef was cheap and available here in the States, making it a reasonable substitute. 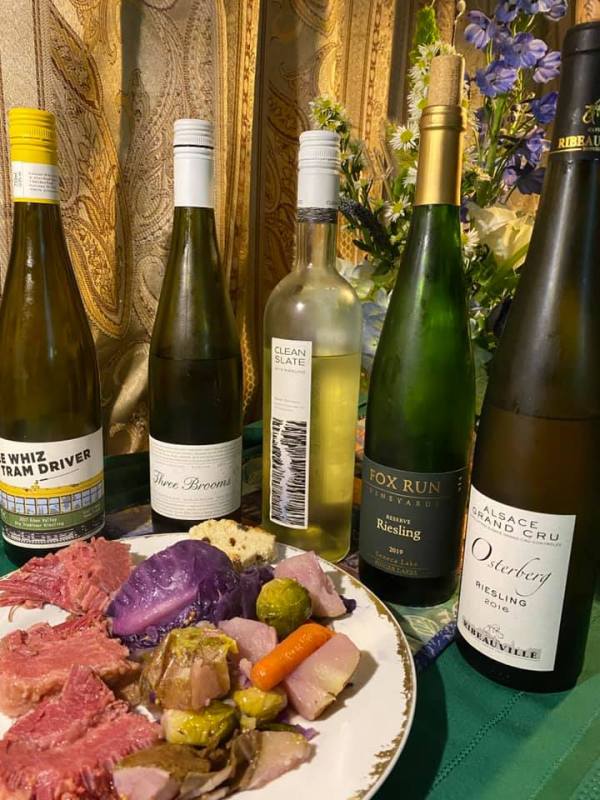 Corned beef, however, is a traditional Irish dish. In the Middle Ages, the Irish produced a “forerunner of what today is known as Irish corned beef” and in the 17th century, the English named the Irish salted beef “corned beef,” writes Mark Kurlansky, in his book Salt.

In the 1660s, Irish coastal cities produced vast quantities of corned beef. When people moved off the land and to the cities, the salted and cured beef could be canned and distributed. (Wikipedia)

The Celtic grazing lands of … Ireland had been used to pasture cows for centuries. The British colonized … the Irish, transforming much of their countryside into an extended grazing land to raise cattle for a hungry consumer market at home …

The British taste for beef had a devastating impact on the impoverished and disenfranchised [the] people of … Ireland. Pushed off the best pasture land and forced to farm smaller plots of marginal land, the Irish turned to the potato, a crop that could be grown abundantly in less favorable soil. Eventually, cows took over much of Ireland, leaving the native population virtually dependent on the potato for survival.

Regardless of whether or not corned beef and cabbage is a traditional Irish dish, once a year, everyone in the US goes crazy for it. 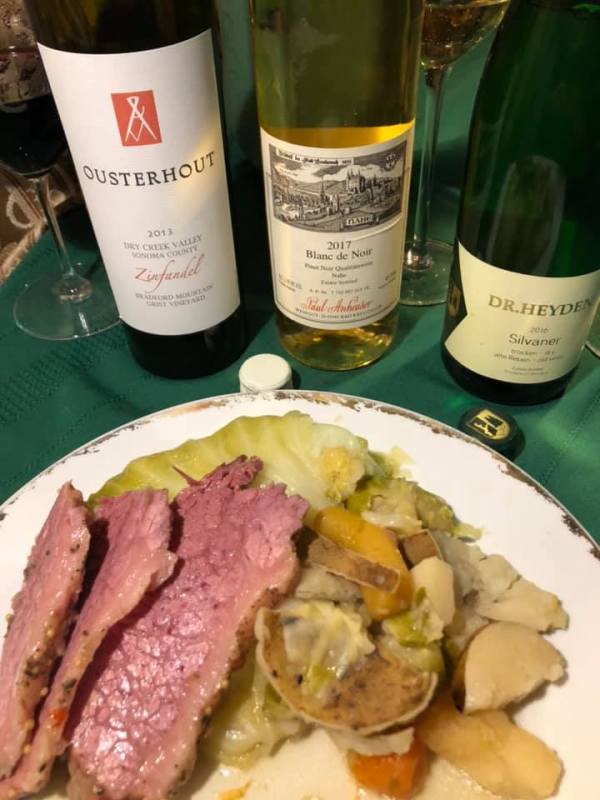 So what should you drink with your corned beef and cabbage?

While you might enjoy beer or a cocktail while it’s cooking, a nice Irish whisky after your meal with shortbread, or even this crazy minty green martini, I’m a fan of riesling or other German wines.

But it’s red meat! And I like red wine!

This is one of those cases where red meat and red wine is NOT your best pairing.

While I have found zinfandel to work well, and many people swear by Pinot Noir, the past two years I’ve been really happy with pairing my corned beef and cabbage with German white wines and riesling. (If you want a Pinot Noir, try a German one!) Consider: 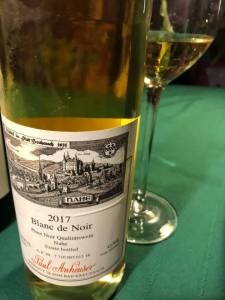 On the label there is an image of Nahe and the castle from 1631. Most people know of Mosel, but this estate is located in Nahe, a small region with a wide range of soil types that is named after the river that crosses the valley toward the Rhine. Soils include volcanic, slate, loess, loam, and sandy soils. I found this wine to have fruit and floral, while Sue thought it smelled of grass and lemon. Sweet watermelon, almost like a jolly rancher watermelon, white flowers. Sweet tart, cherry strawberry lemonade, pink lemonade, light in body, sweetness on the palate, but not sweet at all. Crisp, clean, lingering finish, possibly some clay, some minerality.

Soda bread and Irish cheddar cheese with this wine would make a fabulous dessert. Loves the salty potatoes and cabbage bringing out a lemony quality in the wine. It has some of the pinot noir characteristics like strawberry and cherry fruit as well as complexity with plenty of structure to handle the corned beef. What a delight at this price!

Located in Rheinhessen, the largest wine region in Germany, Dr Heyden’s cellar is in Oppenheim. The rolling hills support many crops; vines cling to steep hillsides. Bee pollen, black and red licorice candy on the nose with fennel and lime, kifer lime, grassy, tart on the palate; acidity in the wine makes one salivate.

This Silvaner really paired well with the sharp Irish cheddar, It liked the salinity, the creaminess of the cheese cut through the bright acidity. The wine likes the earthy qualities of the potatoes and the cabbage. They bring out the fruit in the wine.  The spices in the corned beef also play really nicely with the wine.  This wine offers herbal notes which compliment those of the meal.

So nice with the Tete Moine AOP cheese, really nice with the Dubliner Swiss. Really exceptional. Excellent with the corned beef. Read more. 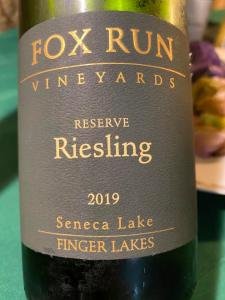 This is a sweeter wine than the rest, but not “too” sweet. Petrol, light meadow flowers, honey, fennel, bee pollen, with sweet, lively acidity balances the sweet, but won’t take the enamel off your teeth! Lengthy complex finish and fun mouthfeel. A bit exotic! 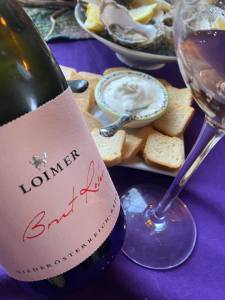 I’m game to try this sparkling biodynamic rose from Loimer.; read more about it here  I think rose would be a fun pairing as would other dry sparkling wines.

By the way, if you want something more traditionally Irish to enjoy on Saint Patrick’s Day, go with a Shepherd’s Pie!

Oh and speaking of Saint Patrick’s Day: It was first celebrated in America in 1737. Once only in Irish neighborhoods, the March 17th holiday has grown dramatically in popularity over the years.